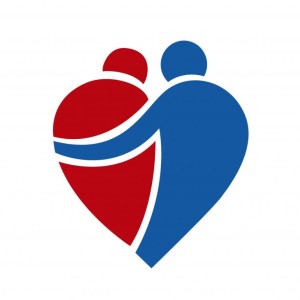 What Are the Early Signs of Alzheimer’s Disease?

About 6.2 million Americans aged 65 and over are estimated to have Alzheimer’s disease.

Alzheimer’s disease is physically and emotionally draining for both the ones suffering from it and the family members of those affected. One of the best ways to manage the symptoms of this type of dementia and slow its progression is to keep an eye out for early signs of Alzheimer’s disease.

Below is a brief guide on the early warning signs of Alzheimer’s disease and how to slow its progression.

Alzheimer’s disease has a wide variety of warning signs.

The early signs of Alzheimer’s disease include:

Memory loss is one of the most common warning signs of Alzheimer’s. This includes forgetting what someone said a few minutes ago, names, and important dates. Another sign of memory loss is if a person either asks the same question or tells the same information over and over.

If a person is often confused about the time and place, this may be a warning sign of Alzheimer’s. They may try to eat dinner when it’s time for breakfast or think that they are at the neighbor’s house when still at home.

Another warning sign of Alzheimer’s is if someone is frequently losing items. They are unable to retrace their steps, remember what they were doing, or where they were. Someone with Alzheimer’s disease may also put items in unusual locations, such as storing silverware in the closet.

Another early sign of Alzheimer’s is if someone has difficulty doing familiar tasks. This includes deciding what to wear, tying shoelaces, or playing a favorite card game.

Issues speaking and writing is another one of the early signs of Alzheimer’s. This can appear as difficulty completing a sentence, forgetting what they were saying, or having trouble recalling a word. Someone with Alzheimer’s may also have difficulties writing, as coordination between the hand, eye, and brain may be compromised.

It is not unusual for someone with Alzheimer’s disease to have compromised decision-making. This warning sign is marked by odd, rash, or irregular behavior, such as giving a valuable family heirloom to the housecleaner.

It is common for someone with Alzheimer’s disease to become anxious and depressed. This may appear as an increase in worry, apathy, social withdrawal, and lethargy. Sudden personality and mood changes are also early signs of Alzheimer’s.

Diagnosing Alzheimer’s disease can require a variety of tests.

Doctors may conduct a physical exam and order blood and urine tests to rule out any other causes for the experienced symptoms.

They may also administer cognitive tests. Such tests often involve the doctor asking a series of questions designed to test someone’s ability to count, communicate, focus, remember, and problem-solve.

There are a variety of ways to slow down the progression of Alzheimer’s disease and improve the quality of life for those affected by it. Such methods include exercising, having a healthy diet, brain games, and social interaction.

One of the best ways to incorporate these methods is to ensure the person suffering from Alzheimer’s has friends and family visiting regularly.

Some other beneficial things you can do are relocating fall hazards, suggesting alternatives to driving, giving them a cell phone with GPS, and making sure they are always accompanied when out and about.

Alternatively, you can invest in memory care services, which will give you peace of mind about your loved one’s safety.

Get Care for Your Loved Ones Today

Having a parent be diagnosed with Alzheimer’s can be a devastating experience.

Catching the early signs of Alzheimer’s allows you to take the appropriate steps to slow its progression and make sure your parents can have the best quality of life possible.

If you have a loved one diagnosed with Alzheimer’s, contact us today to learn more about our memory care services and living facilities. Are you debating whether assistant living or home-based skilled nursing is the better option? Learn about the advantages of home-based nursing here. There are more benefits of assisted living facilities for seniors than you might expect. Learn more about them in this article! 5 Perks of Going Into Assisted Living in Athens, GA